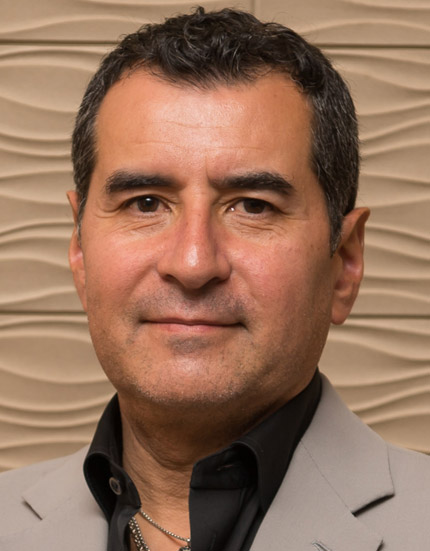 Michael A. Luévano, Originally from Santa Ana California, a first generation Mexican American, born in 1962 to Andres Rafael Luevano Sr. and Maria Luévano. He is the fourth in a family of five. Michael has been in Asia for over 25 years producing and directing various sporting and entertainment events. Beginning his career as a tennis professional, then coach, Michael climbed his way into the coveted status of becoming an ATP Tournament Director in 1993. His Asia chapter began in Hong Kong in 1994, as the Tournament Director for the Salem Open followed by a move to Shanghai in 1998 to establish and lead a new tennis identity in China. His portfolio includes the multi-year award winning ATP franchise, the Heineken Open and the WTA franchise, the Polo Open, the Tennis Masters Cup, Shanghai F1 Grand Prix and currently the award-winning Rolex Shanghai Masters. He is also owner and creator of the Goose Island BooshKabaash Music Festival.

Michael has also promoted such international icon entertainment acts such as The Rolling Stones, Eric Clapton, Sir Elton John and Tiesto. He works closely with Andy Summers, famed guitarist of the “Police” on music and photography projects here in China. In 2005 he was award the Magnolia Silver Award by the Shanghai Municipal Government for his contribution to the field of Sports & Culture. He was the first such recipient. In September 2015 he was awarded the Magnolia Gold award by the Mayor of Shanghai. In 2012, Michael was awarded a US Congressional Recognition as a Benefactor Honoree, for his charity work in Southern California. Michael is also a professional musician, and tours with his band Studio 188 in China, Asia, and the US. Michael is married; he has three children, Paola, Asha, and Andres Miguel.